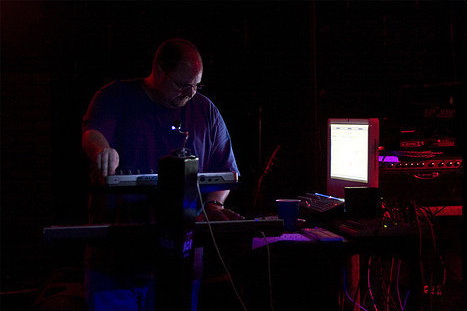 Retrogramme is a Washington DC-based electronic music act that has cultivated a strong underground buzz with their wide-range of sophisticated electronic styles and influences. Rob Early, the principal synthesist and programmer, Nikk Allen, the primary songwriter, and Dmitry Pavlovsky, the lead vocalist weave IDM, synthpop, darkwave, and ambient sounds into their own distinctive style which is easily identifiable as Retrogramme. Chad Collier, the creative mind behind the Washington D.C.-based EBM project Force Drift joins them for live performances as vocalist and keyboardist. Retrogramme have twice been featured on BBC6′s “Tom Robinson’s Introducing” series, and have been reviewed in several electronic/gothic/darkwave-based music magazines including ReGen, Side-Line and Dark Grave. The antecedent album For Our Dearly Departed of 2012 is still considerated as an object of cult, but the new double full-length “Feed” promises to go further. The band’s style is a unique, multiform and sophisticated blend of synthpop, IDM, and darkwave, created through asymmetrical or linear rhythms, alienating consonances and sound abstractions that make Retrogramme one of the most important institutions of their music genre.