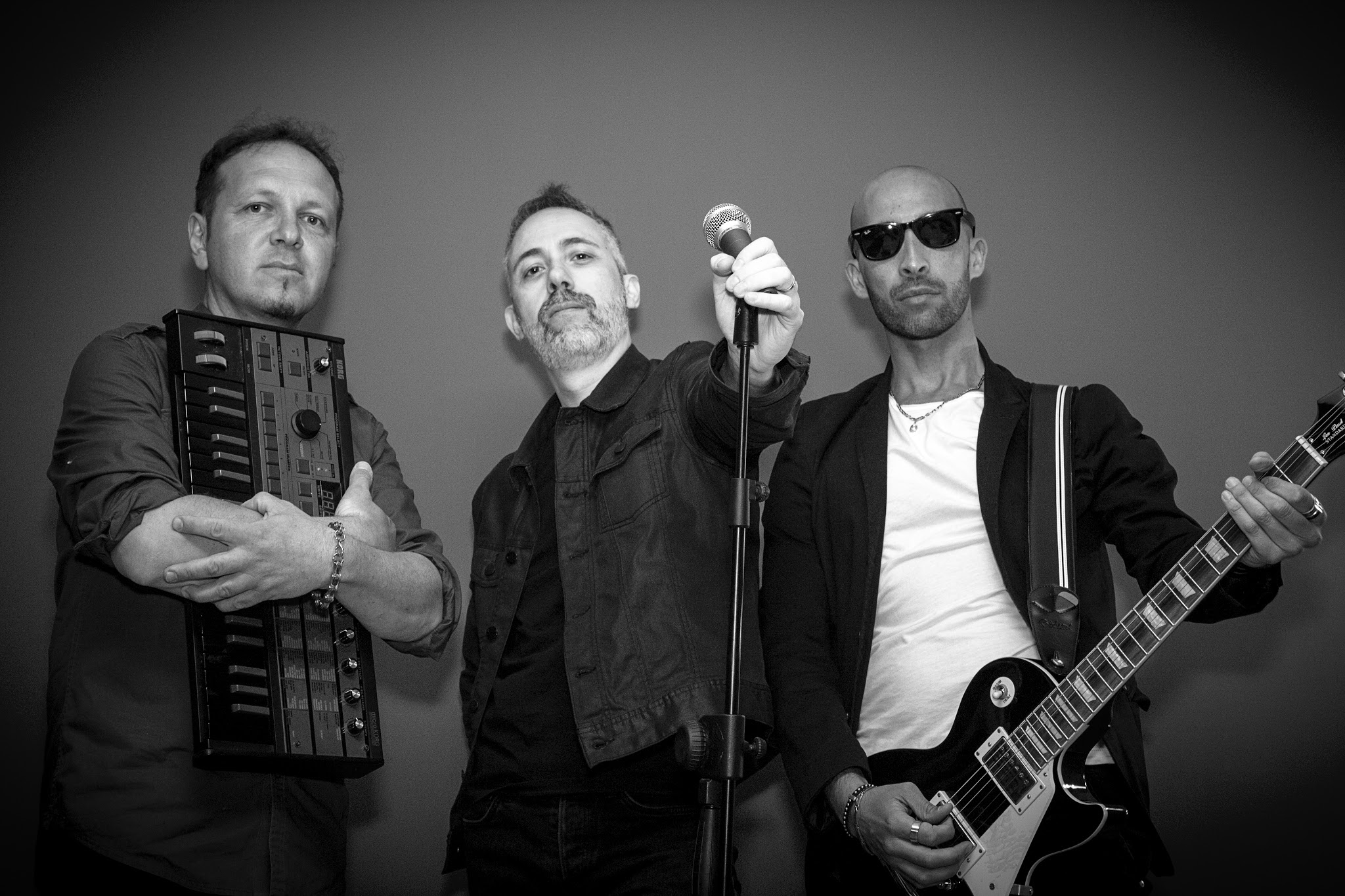 Halo Effect started in the autumn of 2001, thanks to the union of different musical experiences. The atmosphere of their music ranges from Synthpop to EBM, through Darkwave, with some more experimental passages. The intense live activity, has led them to play in various parts of Italy and abroad, sharing the stage with artists like Melotron, Covenant, Cruxshadows, Steve Naghavi (And One), De / Vision, Bloody, Dead & Sexy, Ionic Vision, and Krisma Greenhaus, resulting in an increased response at an international level. After the first 2 cd-demos “Past Continuous” and “Days of Silence” and one EP “Schwarz EP”, which have enjoyed great success with audiences and critics, Halo Effect has produced two full length CDs “New Romantic Industry” and “The Fourth Zone”, which was followed by several important remixes by international bands (like Eternal Afflict, A Spell Inside, Spektralized, Etc..) who have become one of the best electro bands of the Italian and European scene. Halo Effect offer a live-act of great impact and energy. Halo Effect has also produced three video clips of the songs “Harder and Faster,” “Hammer the gear” and “Life Goes On”. After three years the album “Recoding” was released on December 7, 2012. Androids, virtual reality and rebelling machines, those are the themes for the return of Halo Effect. Produced by Mika Rossi (Autodafeh / Endless Shame) who mixed the album giving an international flavor to the sound of the band.

Life Is Perfect – 2015 – The new full-length is a real, efficient generator of energy and melody, concentrated in sixteen songs in which the vocalist spreads atmospheric, passionate intonations, while the propulsion of drum-programming draw geometric traces and synths adorn the structures by avant-garde modulations, all in a fantastic triumph of futurism, meaningful lyrics and highly seductive electronic musicality.

The sonic scheme of Halo Effect, as always cleverly designed, reveals a combination among the best instrumental strategies, catchy vocals and highly performing music technology, the same virtues that have consecrated this Italian band as one of the most valuable of its genre. And here is the synthetic-futuristic pop of “Shout” (2018) rich of EBM / darkwave elements, in which the listener will find solutions that will satisfy his every needs for danceability and melodism, thanks to dynamic midtempo percussive automatisms, fascinating keyboards, rivulets of sequencing, captivating electronic karma and atmospheres that abduct the imagination.