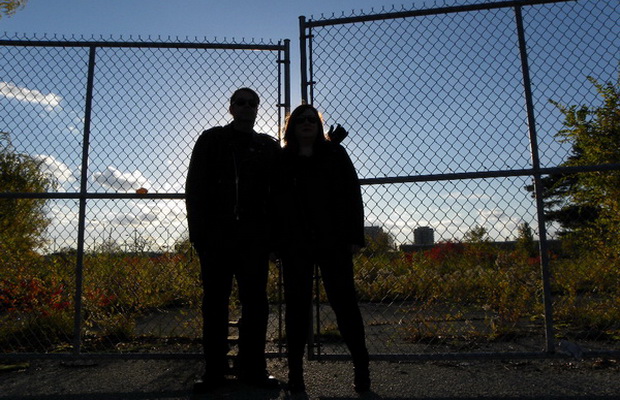 NeuroRythm is an EBM / Industrial band from Canada, created by Andreas Gregor and Laurie Sydorowicz. The idea of the band actually stemmed from an elaborate April Fools prank they played on one of the weekly radio shows they hosted. They created a fictitious band with a long and colorful history. Andreas and Laurie also created the music for this faux band which culminating into a killer cover of Kiss’ s “I Was Made for Loving You”, Trent Reznor style. After the show aired, they received numerous email requests from listeners asking where they could purchase the music by this band and thus, the seeds for NeuroRythm was born. At that particular time, Andreas had been away from the music scene for a couple years and the enormous success of that show made him realize his love of making music was stronger than ever.Andreas had always been involved in the electro / EBM scene starting from his teenage years. His past projects include: Techniques Berlin, Digital Poodle and !Bang Elektronika. Due to !Bang Elektronika’s popularity in Germany, Andreas was invited to play numerous shows in Berlin, Germany in September 2011 to great success. Andreas is currently back in the studio writing and recording with the assistance of Laurie on vocals and/or keyboards. His passion is creating electro / EBM music with an old school edge. To date there is a three song demo: Body Machine, The Voice of Dissent and 1900 Feet which has already caught the attention of EK Product. So if you like raw old school stuff you will enjoy NeuroRythm!