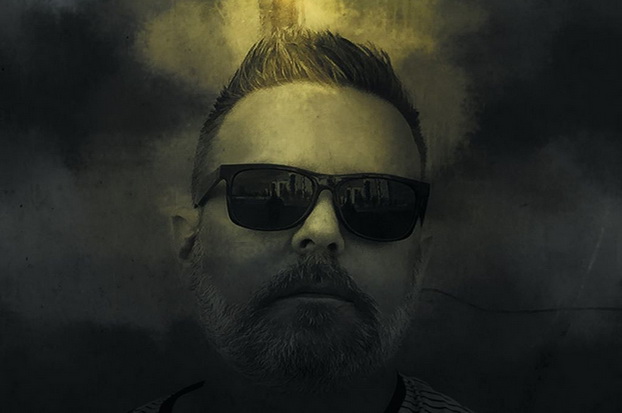 Ole Ulrich Jensen, was born in the early seventies, in the suburbs of Copenhagen.

He was an avid listener of music from an early age and progressed into making music in his late teens, with his lifelong friend and fellow Vaylon member, Dan Holte Beck. They started out using only a guitar, bass, effect box and a drum machine. Ole eventually began recording some makeshift vocals due to the lack of a dedicated vocalist and that was the start of Ole’s vocal duties.

Ole is a self-taught musician and vocalist.  He is, what you could call, an autodidact musician.

Dan and Ole lost contact during some tumultuous times and Dan started a family and did not follow up on his musical career, until they found each other on the MSN Messenger 20 years later. Ole had previously started to make electronic music, after he met a new friend (Johnny Wishoff, Dolby Experiment) in school, that taught him everything he knows about music production today. In what should be the start of the now defunct project called “The dolby experiment”, Ole started to sing full time out of necessity. He quickly learned that people actually liked his voice and he felt, that now was the time to go all in, as a lead singer.

Ten years later, after Vaylon accumulated a comprehensive array of albums, EP’s and singles under their brand, Ole felt the need to do something on his own, and “Reliant” was born.

Reliant started out as a buffer to all the comprehensive work that Vaylon was putting out. Ole took a step back to find his own creative voice. He started slowly, continually writing new Reliant songs. Soon there were enough songs to consider a future EP or album. During the following mix sessions with American producer, mixer Rob Early (Retrogramme, 11 Grams) He was asked if he would be interested in making a full album and Rob Early had the audacity to name Space Race Records as a possible record label, that could be interested in the project. So Ole asked and was emidiately signed to the label. The rest is history in the making.