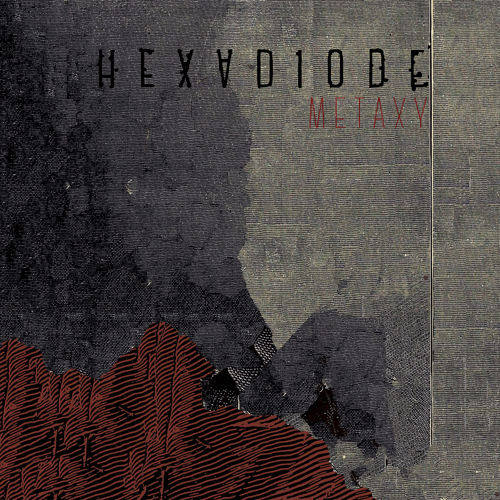 Formidable return to the scene of the American project Hexadiode, already known for its debut album “Ibex”, published in 2016 and for the 2017 EP “Contaminated”. Pure technological energy has always characterized this duo-act, capable of transmitting strongly attractive and original sonic sensations, thanks to which they are recognized as one of the most promising revelations of the latest generation of electro pioneers. The new full-length “Metaxy” reveals structures that celebrate more than superbly the classic Industrial, EBM rituals, surpassing them through an almost divinatory interpretation dedicated to the glory of the machines. In the twelve songs of the album reside atmospheres and sound schemes that go beyond the complex auditory barrier, sticking them directly into the brain: ultra-danceable downtempo / midtempo rhythmics, angry, caustic, obscure vocals, alienating sequenced combinations and aggressive assaults of synths, constitute the substance of a tracklist absolutely effective, planned with professionalism in the smallest details. “Metaxy” is the definitive certification of the great competence of Hexadiode, a promising band in search of its deserved space among the countless current electro proposals. The title track also includes the two amazing remixes by Guilt Trip and Blush Response, which add further value to this release that won’t wait to get all the best awards. Dragging, powerful sounds, elaborated with rare mastery, will know how to instantly conquer you, leaving you pleasantly surprised. These are not simple Electronic body music / industrial dance modulations: they are super neural solicitations that will launch you into an extraordinary dimension in which the oldschool ‘Neue Deutsche Welle’ is interwoven with hi-tech formulations. Hey, electro fans all around the world: here’s the album you’ve been waiting for.