RELIANT - Songs From The Heart Of Solitude 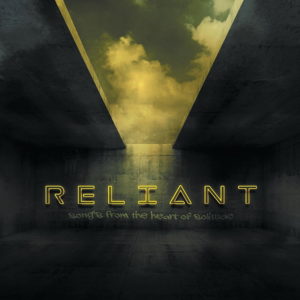 The solo debut by Reliant – aka Ole Ulrich Jensen, frontman of the Danish electro / synthpop project Vaylon – is considered one of the most sensational novelties of this early 2019. New sonic perspectives of great class, to listen and keep in the soul, new sensations to experience: this is what “Songs From The Heart Of Solitude” consists of, a musically impeccable album, full of feelings and refined charm. The tracklist, consisting of ten episodes, is a succession of exquisitely synthpopish songs, created in such a way as to arouse and spread infinite emotions, which, combining perfectly them with electronic melodies, will conquer the most passionate and intimate part of the listener. Warm vocals, sometimes dark and melancholic, are synchronized to a sober but impressive sound system, punctuated by midtempo drum-programming, outlined by sequencing symmetries and magnified by elegant synths flows. Each track of this full-lenght has its own precise identity, its own story, its own character, but all of them will know how to amaze you, how to induce you to reflect, catching you forever.
In addition, the entire mastering phase was processed by Rob Early, mastermind of the legendary Washington DC-based electro/synthpop/IDM band Retrogramme, who adds further preciousness to this beautiful album, capable of transcending the artificiality of sound to reach fully who knows how to love. Just you.