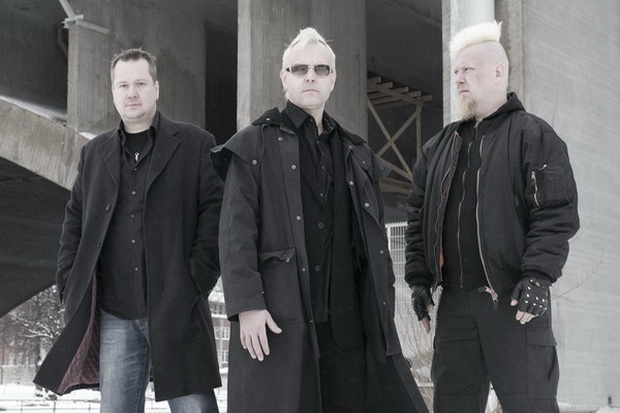 Although Impakt! was formed in 2010, the foundations for the band were laid as early as 1985 when schoolmates Sam and Vince discovered they shared an interest for electronic and experimental industrial music. Sam had a band at that moment with PW on drums and Vince joined in for a while. As months passed it became clear that the time nor the place was not right for the three of them. Vince moved on to form an all electronic act “Advanced Art” while Sam and PW continued to work together with more traditional instruments. Their band evolved and became “Ruby Tuesday”, mixing influences from both Irish and rock music. In 1993 Vince and PW got back together for a few years when “Advanced Art” needed an extra percussionist for live shows. PW became an essential part of “Advanced Art” playing live and even on their last release “Force”. After “Advanced Art” split in 1995 their ways parted for the second time. Sam and PW kept on playing together all these years in different bands, some of them being quite successful in Finland. Vince on the other hand decided to retire from the scene and gave up writing music. In 2010 PW contacted Vince after over 10 years and came up with an idea of a new band. He had a name in mind and suggested they should ask Sam to join in too. They decided to give it a go and started to write some songs together.